A commitment to public service and a willingness to move for the right opportunity have seen Suki Binjal, President of LLG, work for public bodies across England. Philip Hoult finds out what she considers to be the key challenges for local government lawyers. 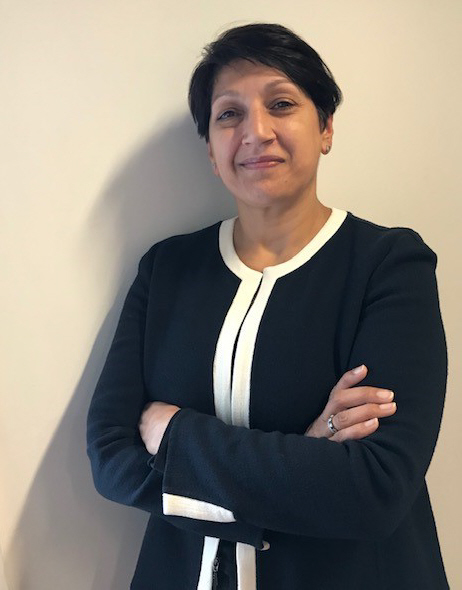 Suki Binjal, who is in the middle of her term as President of Lawyers in Local Government (LLG), is the first lawyer in her family. Studying business at Hammersmith College, an interest in law was first piqued by a summer job as an outdoor clerk for a criminal law firm in Shepherd’s Bush.

Although ultimately not attracted to working in that particular field, it did mean that she went to the University of Wolverhampton to do a law degree.

A spell of teaching law at a 6th form college, whilst also working for a high street law firm, called Tedstone, George & Dove, in the Midlands followed, before she went to the College of Law in Guildford to complete the Law Society Finals. Then the legal market – in the mid-90s – turned as the recession hit.

“Whilst awaiting a training contract, I landed a job in Westminster City Council’s housing department, in its housing protection team. I thoroughly enjoyed this role, which at times could be challenging, simply due to the nature of the private sector landlords.

“But Westminster was my light bulb moment, realising that I found local government really fulfilling. I felt I could relate to local communities and to changing lives in a positive way.”

Westminster was very accommodating towards another of Binjal’s loves, travelling, which she did, on and off, for 18 months, around work commitments. “When I got back, I applied for a training contract in a district council in Nottinghamshire - Bassetlaw District Council.”

So she moved up to Nottinghamshire for what turned out to be another of many formative experiences. “The work was very interesting. It was a rural district where you had to be a Jack of all trades. It was a good foundation for learning all about district councils. I started to gain an understanding of being a policy maker, a regulator, an employer and service provider.“

During her time at Worksop, Binjal got to handle a lot of housing work. As soon as she completed her training, she managed to secure the role of Principal Housing Lawyer at Blackpool Borough Council. So again she was on the move. But she also wanted to expand her knowledge of local government and frontline services and Blackpool was to prove the perfect opportunity to do that.

“I was there when it became a unitary authority,” she says. “I managed the childcare and adult team and other new services that came into the council. David Eccles, the then Director of Legal Services, showed me how you could step from one role to another. It was one of those lovely ways of not mothering you or smothering you, but empowering, involving and teaching you.”

Eventually Binjal decided to return to London for family reasons, and to fit in some more travel. But before she could leave, she was approached about becoming the interim Director of Law at the Commission for Racial Equality (which in due course became part of the Equality & Human Rights Commission). It was a big break to be part of Central Government and travelling could wait.

“It was a challenging period for the CRE and I had to give the Commission some robust advice on certain occasions. But I didn’t shy away from doing that,” she says. “I also shaped their first strategy on how they directed their legal resources and decided which cases they would take on – up to that point the causes, whilst commendable, were piecemeal. The strategy provided the legal team with a strategic direction and an organisational focus.”

Suki finally went travelling (again), and her travelling companion became her husband. On her return to the UK, an eight-month spell at the Local Government Association provided an opportunity to help shape legal policy in the aftermath of the Victoria Climbié case and with the prospective introduction of the Children Act 2004. Subsequent stints at Westminster (again), Tower Hamlets Council and Portsmouth City Council were to give her the opportunity to run a wider range of services beyond legal.

These experiences encouraged Binjal to set up her consultancy and she has not looked back since, with spells at a range of organisations before landing at Hackney – on a fixed-term contract. “It is niche, working with organisations that are ambitious and want to change, want to create different models of service and drive traditional legal services models into the 21st century.

“I have helped recruit permanent directors of law and also delivered alternative service delivery vehicles including advising on devolution. My briefs have not been to sit and watch, the directorate whilst the recruitment of a permanent director concludes. My consultancy roles are challenging but I get to do something that makes a difference. My commitment is there for the organisation and I can see things from a different perspective.”

So what does she see as some of the key issues facing the local government legal profession? Having a handle on the increasingly complex governance arrangements in place is one, she says. “It is a case of really understanding the relationship with the citizen and scrutiny, whilst setting up alternative, perhaps commercial vehicles. The residents need to see a clear line of sight and accountability to the decision makers.” This is particularly true in the aftermath of the tragedy at Grenfell Tower. It is important for lawyers to remain connected with their communities, she says.

Lawyers also have to understand the political and governance frameworks and, even more importantly, be able to manage risk, she argues. Understanding the local political environment is something that she suggests has been made more difficult by the move away from committee structures.

This is linked to another challenge faced by local authority legal teams, that Binjal identifies – career development and succession planning, and not just for those with an eye on being a Director of Legal Services or Monitoring Officer.

“We need to create a structure that allows both generalists and specialists to progress and be rewarded in local government,” she says. “I think for someone starting out now [in local government legal practice] it is an exciting, but also a challenging time. The budget cuts have opened doors for us to be creative and pioneering as lawyers, finding solutions and applying the law in such ways that deliver ambitious results for our councils. You can actually be a lawyer that makes a difference – supporting the public sector interest.”

But the perception is still there in some quarters that the legal team are blockers rather than enablers, she admits. “There are some colleagues that still view the legal team as the ones they go to for legal advice and that’s it. Rather than going to them for help in delivering what they want to deliver, or to work together as partners because, after all, we all work for the ‘one’ council. I think that the in-house re-charging model – ‘playing internal shops’, has lost its focus – we all only have one pot of money, which is the same pot. My view is that we need to work collaboratively, also with other public sector service providers, to deliver the vision of the democratically elected leaders.”

The need for local authorities and their legal teams to work more collaboratively with other councils, external partners and service providers has been an important development, according to Binjal.

She believes that there is greater scope for ‘soft’ collaboration with other legal teams and private practice, rather than necessarily a need to pursue ever-larger shared legal services or alternative business structures. “I think that has gone as far as it can. There’s an appetite for people to do more, smaller collaborative working. I have used framework arrangements to have in place secondees to work alongside our in-house lawyers and together they have provided the in-house service. Explore other models to bridge the resources gap. A lot of my peers have probably said that trading has had its day – let’s think of other ways, which I think are genuine collaborative, working partnerships.”

It is not just legal-to-legal collaboration either, she says, pointing to the importance of co-operation with other local government professionals and different sectors such as health. And, she argues, this is one of the ways that LLG – as the national representative body for lawyers in the sector – is making a difference. “We can make sure we are plugging those gaps. We need to open a door for people to connect with their health colleagues.”

For Binjal, the recent appointment of the organisation’s first chief executive – Deborah Evans, a former chief executive of the Association of Personal Injury Lawyers and the Law Society’s Legal Complaints Service (as was) – is a significant moment in its development.

Having Deborah in place will help deliver a strategic vision – which is longer than a presidency term. LLG is supporting, connecting at a national level and is moving towards a campaigning organisation, whilst forging relationships with SOLACE, CIPFA, ADSO and CfPS to name a few.”

As well as bolstering LLG’s representative role on the national stage, the appointment will aid its work helping lawyers to develop their careers in the sector, and help legal and governance departments tackle thorny issues around recruitment and retention.

“We can recruit, but we can’t retain and there is a reason why – it is because we are not highlighting clear lines of succession – to becoming a head of law, or a director, or a chief executive,” Binjal argues.

“One of the things I am doing here in Hackney is modernising the service and developing legal talent. I would like to leave a legacy where a member of the team can arrive as a trainee solicitor and feel that in, say eight to ten years’ time, that they can become a director.”

LLG can really help with that, she says. “As a membership organisation, we are truly focused on proving support and for training /junior lawyers and also provide excellent courses for specialists. And we are very good at providing support and championing our more experienced member, such as the heads of service and the monitoring officers. But it is the lawyers at the start and middle stages of their careers that we need to attract and retain to move into more senior roles in the future. LLG is currently building a campaign agenda focused exclusively on doing just that.

For Binjal, whose term of office at LLG runs until March 2019, it is the opportunity to continue making a difference that keeps her motivated – and a reason why she has always resisted the lure of private practice. “For me, the key driver isn’t just the financial rewards. Yes, of course, the rewards can be excellent in private practice, but I think there is greater flexibility and more choice in what you do in your day job in local government. I like the broad strategic approach and the ability to serve the communities in which we all live.”

Philip Hoult is the Editor of Local Government Lawyer.

This email address is being protected from spambots. You need JavaScript enabled to view it.