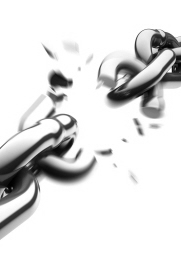 Colin Godfrey examines a recent EAT case on the right to protection for whistleblowers and detriments suffered as a result of having made a protected disclosure.

The Employment Rights Act 1996 makes it unlawful for an employer to subject a worker to a detriment on the ground that he or she has made a 'qualifying' and 'protected' disclosure.

The recent decision in Western Union Payment Services UK Ltd v Anastasiou [2014] UKEAT 0135_13_2102 confirms the need for a demonstrable causal link between the detrimental treatment and the disclosure.

One of Mr Anastasiou's colleagues voiced his concern about the accuracy of the information. He subsequently alleged that he was being marginalised as a result of raising that concern. In July 2010, Mr Anastasiou was interviewed as part of the investigation into that allegation.

During the course of his interview, Mr Anastasiou said that he was concerned that the target was unlikely to be achieved without a change of approach. He also, in agreement with his colleague, indicated that certain accounts had erroneously been counted towards the company's targets.

Mr Anastasiou brought a claim in the Employment Tribunal. Amongst his claims was an allegation that he had been subjected to a number of detriments by Western Union as a result of his comments during the investigation in July 2010. This, he said, included being sidelined on particular accounts and being subjected to the investigation and disciplinary action in relation to his expenses.

The Employment Tribunal concluded that Mr Anastasiou's comments in the investigation in July 2010 amounted to a protected disclosure and he had, on that ground, been subject to a detriment by Western Union.

Western Union appealed, arguing (amongst other things) that there was no causal link between Mr Anastasiou's disclosure and the detriments which he claimed to have suffered.

The Employment Appeal Tribunal (EAT) concluded that whilst the Tribunal had identified the protected disclosure, and the detriment to Mr Anastasiou, it had not demonstrated a link between the two. The EAT confirmed that it must be shown that "the protected disclosure materially influenced (in the sense or bring more than a trivial influence) the employer's treatment of the whistleblower."

In this particular case, the EAT was satisfied that there was no evidence that those responsible for the detriments to Mr Anastasiou had any knowledge of Mr Anastasiou's protected disclosure. The appeal on this point was therefore allowed.

This case is a useful reminder that the right to protection for whistleblowers extends to detriments that they suffer as a result of having made a protected disclosure. Where information is communicated to an employer which may amount to a protected disclosure, it would be sensible for the employer to have demonstrable grounds for distinguishing between that disclosure and any action taken in respect of the employee. If possible (and in appropriate circumstances) this could include ensuring that decision-makers are not aware that a protected disclosure has been made.

Colin Godfrey is an associate at Veale Wasbrough Vizards. He can be contacted on 020 7665 0839 or This email address is being protected from spambots. You need JavaScript enabled to view it..