Rob Hann sets out the background to local authorities' investment in commercial property and examines why it has proved so controversial.

Criticism of local authorities taking too much risk and potentially becoming too deeply involved in commercial property speculation in an attempt to generate much needed income to fund services, was already rumbling well before the closure of cities and towns nationwide during the COVID-19 pandemic lockdown. The Public Accounts Committee (‘PAC’) has now raised concern about the failure of the Ministry of Housing, Communities and Local Government (MHCLG) to appropriately monitor borrowing by councils from the Public Works Loan Board (PWLB) to fund commercial development portfolios (see below).

Just prior to the lockdown, in February 2020, the National Audit Office (NAO) published a report on ‘Local Authority Investment in Commercial Property’. This estimated that local authorities spent £6.6bn on buying commercial property between 2016-2017 and 2018-2019 – a huge increase (14 times more) than in the preceding three years with a significant proportion of that spending being financed by borrowing. Local authorities spent an estimated £3.1bn on offices, £2.3bn on retail property [including £759m on shopping centres or units within them], and £957m on industrial property.

Dwindling funding from central government coupled with measures to combat austerity have prompted the build-up of council portfolios of commercial property including shopping malls and leisure complexes with a view to generating profits which are then put toward revenue budgets. Many councils felt they had little choice other than to seek to exploit alternative sources of income through, what must have looked at the time, secure income generating investments. Indeed, some chief financial officers faced criticism from members and others for not exploring such seemingly ‘copper-bottomed’ income generating opportunities sooner. Much of the cheap lending fuelling these investments came from the PWLB – a lending facility traditionally used by councils to fund capital investment for essential capital works.

As the UK economy now re-awakens from its enforced slumber, the cost in terms of jobs and businesses of the pandemic and the associated public health crisis is only now becoming apparent. Among the many recent casualties, is the failure of INTU, the shopping centre supremo, which must have sent shivers down the spines of many a financial chief officer. INTU is the name above 17 retail parks and shopping centres nationally including the Trafford Centre in Manchester and the Victoria and Broadmarsh shopping centres in my home city of Nottingham, (the latter being mid-way through a major redevelopment).

INTU (by all accounts) was forced into administration by a mountain of debt it could not repay, due, at least in part, to significantly reduced rental payments during lockdown. In reality, this seems to have been merely the straw that broke the INTU camel’s back. The retail sector was already heading into recession before the pandemic due to the rapid adoption of online shopping and the change in shopping habits. On-line click, pay and deliver options have accelerated the changes and may become ever more appealing when compared to the (post lockdown) social distancing, queuing and masking up experiences which are now a compulsory add-on to the traditional ‘quick trip to the shops’.

Owning buildings which could serve a commercial purpose has, of course, long been an option for local government. There is nothing wrong with seeking to advance core activities of delivering public services, housing and regeneration for the benefit of citizens. On the contrary, it will surely help speed up the recovery if a local authority is already heavily invested and involved in the optimisation of income from its portfolio of commercial property it owns in its area. Moreover, if now freed from the shackles of its former landlord, what better organisation than the local council to lead the local economic recovery and job creation initiatives that will be needed going forward? The authority is ideally placed to take a wider, strategic view of the needs of its city centre shopping, leisure, culture or housing offerings and has the flexibility to nuance the appropriate optimal mix to assist the recovery effort and, in due course, to revive and refresh income streams.

But the figure that caught my eye from the NAO statistics was that 38% of all spending between 2016-2017 and 2018-2019 was outside of the local area of the relevant investing authority. This, perhaps, is the issue of most concern and risk?

As finance colleagues will be well aware, there are safeguards already in place to act in accordance with the Prudential Code of financial management to prepare investment strategies annually as part of each council’s Treasury management requirements.  Each such strategy must explain how investments (including commercial property portfolios) relate to their core purposes.

The law too provides both flexibility and safeguards for commercial activity. Section 4 of the Localism Act requires anything done for a purely commercial purpose to be carried out by a limited company. However, if a local authority is using powers related to (say) regeneration or economic development to buy a local shopping centre, for example, it is not acting purely in a commercial purpose and can own it direct. The general power of competence, introduced in the Localism Act, permits a local authority exercising it with (a) the power to do it anywhere in the United Kingdom or elsewhere; (b) the power to do it for a commercial purpose or otherwise for a charge or without charge; and (c) the power to do it for the benefit of the authority, its area or persons resident or present in its area. Again, as local authorities are looking to manage commercial property as an adjunct to other functions rather than purely for financial gain a company is not required.

The Public Accounts Committee (a cross-party committee of MPs) concerns are focussed around their belief that the MHCLG has been “complacent” about the risks to local authority finances from the changing character of commercial activities by councils. The PAC’s primary concern is around the DCLG’s alleged failure to monitor the surge in cheap borrowing by councils from the PWLB and the risks that entail for local services - a problem the PAC first signalled in a 2016 report.

So, it is the reliance placed by some local authorities on the income they were expecting/anticipating to raise from these investments to fund local services, which is fuelling PAC interest. Short-term at least, post lockdown, this income now looks vulnerable and could lead to a drain on reserves, cuts in services and/or (worst case) the need for a financial bail-out of some councils most severely affected.

It is hard not to have sympathy with councils which have, after all, only been pursuing policies and approaches which, hitherto, were promoted and encouraged by central government to secure alternative sources of funding in times of austerity.

Rob Hann is a local government lawyer, consultant and author of ‘A Guide to Local Authority Companies and Partnerships’ available exclusively from Local Government Lawyer. 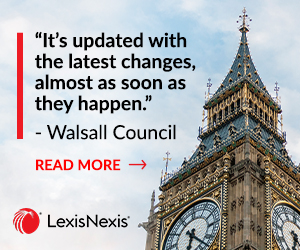 Monitoring Officer/Solicitor to the Council