The Court of Appeal has granted permission to appeal a Divisional Court ruling that a housing association letting homes on the basis of religion was lawful.

The case of Z & Ors, R (On the Application Of) v Hackney London Borough Council & Anor [2019] EWHC 139 was brought by applicant R against Agudas Israel Housing Association (AIHA) and the London Borough of Hackney.

In the Divisional Court R and her three-year-old son challenged the allocation policies of the council and AIHA, arguing that these “in effect preclude any persons who are not members of the Orthodox Jewish community from becoming tenants of [its] properties”.

The challenge was also to the lawfulness of Hackney's arrangements for the nomination of applicants to these properties, which were also in effect restricted to Orthodox Jews.

It was common ground that AIHA's arrangements involved direct discrimination as defined by section 13(1) of the Equality Act 2010 as it treated less favourably those who were not members of the Orthodox Jewish community.

“This is explained in part by the way of life, especially affecting educational and employment opportunities, which is characteristic of the Orthodox Jewish community.” They also noted widespread anti-Semitism.

AIHA provided homes in which residents could follow their religion and could avoid discrimination in lettings.

“We are satisfied, for these reasons, that AIHA's arrangements for allocating housing, which place Orthodox Jews in a primary position, enable them both to avoid the disadvantages and to meet the needs to which we have referred," the judges said.

They concluded that AIHA’a arrangements were proportionate as “the disadvantages and needs of the Orthodox Jewish community are many and compelling. They are also in many instances very closely related to the matter of housing accommodation.” 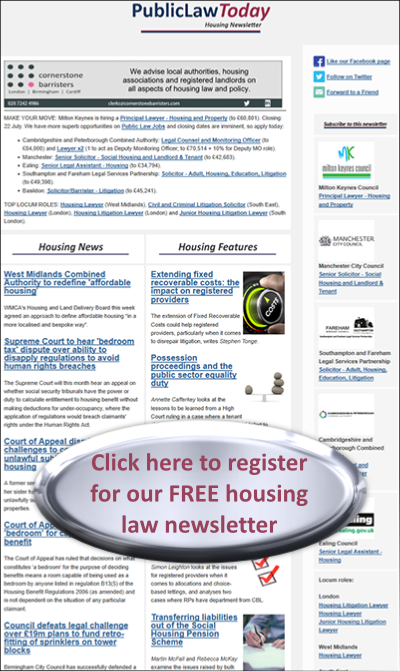