Hesitant about taking on management responsibilities? V. Charles Ward explains how it gave a real boost to his career, and gives some pointers for those taking their first steps. 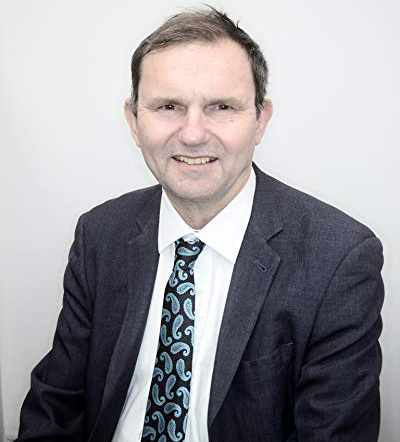 The Senior Solicitor gave me a final word of warning, "If you accept this job, you'll get more responsibility than you've bargained for." A month later I started my first job as Assistant Solicitor in Hart District Council's six-person legal team. It was then that he gave me the news, "I'm leaving in two days. This is all yours." There were challenges from the start.

Although I was now the only solicitor, there were experienced legal staff within the team. They did not take kindly to having their correspondence checked and signed off by someone barely three months' qualified. There were also issues with other department heads. The Senior Solicitor had barely been on speaking terms with the Director of Planning. And he had no time at all for the Planning Enforcement Officer, a former army-major whom he detested. But over the following weeks I was able to repair those relationships and win the trust of my staff.

So it was with some sadness that seven months later I had to hand over the reins to Charles Herbert, Hart's newly appointed Senior Solicitor. But I wouldn't have traded the experience for the world. That was in 1977. It was another 30 years before I was able to enjoy an equivalent level of responsibility.

I stayed as Hart District Council's Assistant Solicitor for another two years until making a sideways shift to the Borough of Basingstoke and Deane, to be part of a bigger legal team. I was soon upgraded to Senior Assistant Solicitor but still had no management responsibility. Then I moved out of local government altogether.

In 1984 I took a job at Unilever House to specialise in commercial conveyancing. Gaining that expertise enabled me to head the conveyancing function of a fledgling law firm occupying fifth floor offices in Gloucester Road, SW7. It worked exclusively for NHS clients and was owned by one Brian Capstick. Over the next four years I saw the firm grow. But matters came full circle when, in January 2000, I was appointed to a senior solicitor role with the London Borough of Sutton.

My management breakthrough came in August 2007, when I was appointed leader of Sutton's eight-person Property, Contracts and Planning team. It was a post which I held for the next six years.

More than money
For me, management was the chance to make a difference in the way public services are delivered. It was certainly not about the money. The pay differentials were so miniscule as to be barely noticeable. And that was before tax and other stoppages. But it gave me the chance to put my own ideas into action instead of playing second fiddle to someone else's ideas.

For anyone stepping into management for the first time, my advice is to think about your management priorities. Are they outward focussed? Are they about productivity, meeting client expectations and hitting targets? If not, what are they about?

Many years ago, I attended a team- leaders' meeting. Out of the several team leaders present, I was the only one meeting his own operational targets. But the person chairing that meeting not impressed. "Charles. The only reason you are hitting your targets is that you are not doing enough management"

He was very much a manager 's manager. His life was one of appraisals, management team meetings, one-to-ones; staff meetings; flip charts and bonding games. With so much going on, he had little time for operational work, let alone leadership.

Of course such administrative tasks have to be done. They are part of the public sector manager's job. But what is the point of administrative box-ticking if the team itself is not delivering? Real management is about leadership. It is something which has to be earned. To provide effective leadership, one has to know the job. Not like the graduate chief constable who has never worked the streets.

In my own case I was not only the team leader, I was also the most experienced conveyancer. Anyone who asked me a question would always get a constructive answer. Being in control also meant that I could try to do things differently.

Does a scheduled two-hour team meeting really need to last two hours? All internal meetings have a hidden organisational cost because they take staff away from the work which they are paid to do. Yes - the essential business has to be addressed during the course of the meeting. But there should be no scope for it to be side tracked. As the person chairing the meeting, only you have power to drive the agenda and prevent that from happening. Your staff will thank you.

Leader or manager
True leadership is not about telling staff how to do their jobs. Nor does it involve pinning motivational pictures to the wall. True leadership is about setting the example. Don't expect punctuality from your staff if you are consistently late for work. If someone up the management chain is not hitting their financial targets, how can you insist that your staff meet theirs? Like the captains of old, leadership has to come from the front.

Anyone stepping into management for the first time will soon discover that it changes the way other people react to them. Yes - it's true. You may enjoy a good working relationship with your staff. But you are no longer one of the guys. You are now the face of authority. Ever wondered why the place goes quiet the moment you walk into the room?

You need that emotional separation to manage effectively. If you were still 'one of the guys', how would you deal with the difficult situations which can blight managers' lives? It always disappoints me to see able colleagues pass up opportunities to take on management responsibilities. Many reasons are put forward. "I don't want the additional responsibility." "I'm happy as I am." "My work-life balance is too important to me." But if you've never taken the management challenge, how do you know what you are missing?

Taking a management promotion is as much about self-development. You may think you have people skills - but it is only when you are managing a team of people that you are putting those skills to the test. Can you make a team which is already performing well, perform even better? As the new team leader, can you win the confidence of those clients, whom in the past have always been seen as 'difficult'? When you are in charge, there is no one else to blame.

With the October 2013 merger of Sutton Legal Services into the new South London Legal Partnership, I took redundancy and early retirement. I thought that my management days were over. But I was wrong. After my severance terms had been settled, I took a two-month locum assignment with the Harrow/Barnet shared legal service, which has continued indefinitely. In September 2015 I was invited to take temporary charge of one of its two conveyancing teams pending the recruitment of a new team leader. Today, as someone at the back of a 45-year legal career, I am quite happy to step back. But I'll never have any regrets.

V. Charles Ward currently works as a Senior Property Lawyer with HB Public Law. He is also a legal writer and author of Legal Profession: Is it for you?