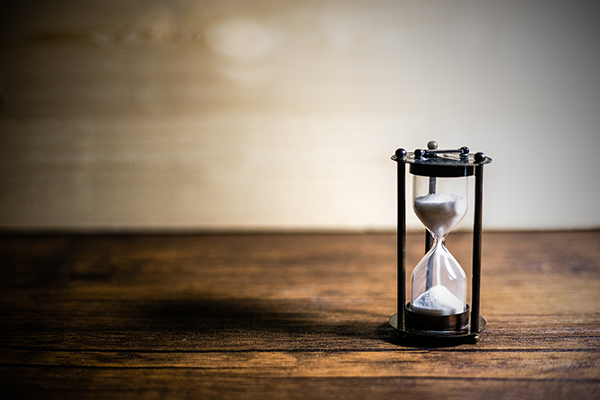 Austerity has left authorities with a severe shortage of senior lawyers while a dearth of trainees and NQs is failing to swell the junior ranks. Neasa MacErlean assesses what can be done to close the gap.

Is there a crisis brewing in the legal departments of local government? Or, more specifically, will there be enough lawyers in future to carry out the work demanded of them? And are we running out of leaders to direct these legal teams?

Calculations from Local Government Lawyer suggest that current ranks of lawyers would need to work to 77 (see box) in order to maintain present numbers. But even this unlikely prospect would not resolve the difficulties.

Suki Binjal, President of Lawyers in Local Government (LLG) is particularly worried about the higher tiers. "There is a real shortage of 5 years plus qualifieds," she says. "These would be the heads of law and monitoring officers of the future. That really is a huge issue nationally." Hannah Cottam, a Director of Sellick, the largest local government locum recruiter, echoes Binjal's views: "There is a real gap at the top of the tree - of the young, dynamic, energetic leaders of the future. There is going to be a crisis at the top in the next five to 10 years."

And Noel Inge, managing director of CILEx Law School (part of the Chartered Institute of Legal Executives) paints the picture somewhat more broadly: "There is insufficient staffing to do the work in local authorities. At every authority I visit they say they are absolutely stretched for resources."

So acute are shortages now, in fact, that Sellick estimates it is seeing a 20% increase in demand for locum placements. The problem is particularly acute in certain areas. The three sectors that are most affected are, according to Sellick, childcare; contract; and, particularly in the south east, housing including debt recovery. Discussing childcare, Cottam says: "Historically councils paid whatever was needed. Now, because of the funding crisis, they can't offer big money anymore."

Supply and demand
One of the reasons for the current dearth of experienced mid-level lawyers in the profession has been the gradual drying up of new talent coming in at the bottom in the form of trainee solicitors.

Binjal remembers the days when local councils "used to have two or three trainees". But the post-2007 funding cuts changed that, and many authorities stopped trainee recruitment completely. Back at the start of this decade, the flow of annual traineeship registrations dipped so low that lawyers would need to have worked well beyond their life expectancy (to age 89) to maintain numbers.

Nowadays, those LAs which do recruit a trainee lawyer generally stick at one. But, in contrast with private practice, councils tend to let them go when they qualify. It remains an uphill task to persuade peers in HR and Finance of the value of retaining newly-qualifieds.

Jill Coule, who has just transferred from the Metropolitan Borough of Sefton to take up the position of Chief Legal & Monitoring Officer at the Liverpool City Region Combined Authority, is distinctly concerned. "The letting go of trainees is a real issue," she says. "I have let high quality newly-qualified solicitors walk out the door at the end of their training contract.

"Unless a vacancy coincides with a trainee solicitor departure/end of training contract, it's very difficult to keep hold of trainees that become super numeri to your staffing structure at the point of qualification? It does, therefore, mean that you don't get more of the benefit of the investment that you, your staff and the organisation have made to the trainees."

Rise of the machines?
So what can local authorities do if they struggle to push up recruitment numbers? AI (Artificial Intelligence) is another partial solution. "It would release lawyers to do more specialist work," says Binjal. "A lot of our work is routine which eventually could be picked up by AI. Most of the City firms have introduced it. There are huge areas where it could be used."

However, local government has not been a fast adopter - and Tanya Corsie of Iken predicts that even the most pioneering local government "disrupters" are "a year or two" away from transition. Corsie is the Chief Operating Officer at Iken, the case and matter management IT specialist. The first step towards exploiting AI usually comes through accessing the Cloud. But Corsie says: "Cloud has been a lot slower to take off in local government than we had anticipated. Very few local authorities have transitioned their entire IT estate into a Cloud platform." Not even a quarter (22%) of local authorities are "actively moving" applications or infrastructures to the Cloud, according to research used by Iken.

In the meantime, local government is particularly focused on the recruitment of chartered legal executives and paralegals. "Local government is becoming more open-minded about recruiting people from different backgrounds," says Cottam. And Binjal says: "There is a reduced demand for trainee solicitors but we are meeting the demand with paralegals - and that reduces the cost."

About 40 local authorities are using apprenticeships to train paralegals and chartered legal executives through the CILEx Law School. It is difficult to predict precisely how these numbers might change since both CILEx and the SRA (Solicitors Regulation Authority) are reviewing their professional qualifications. Nonetheless, paralegal apprenticeships are becoming better understood while chartered legal executive apprenticeships, which only started in September 2017, have attracted the interest of several authorities.

Of the 40 authorities now working with the CILEx Law School, eight are city authorities, 27 are boroughs, four are counties and there is one shared services venture. Inge explains some of the attractions for these employers: "Local authorities like paralegals because they can use a fixed term contract for two years. It should be the intention of the authority to keep the person on after but it is not mandatory…. Local government employers are often unaware that they can use the 'Apprenticeship Levy' [using 0.5% tax relief on pay bills over £3m] to pay training fees for existing employees through an apprenticeship. That will help them meet the government's target of at least 2.3% of the workforce in public sector bodies being apprentices by 2020."

Looking at the more practical issues of employing a trainee paralegal, Inge says: "Getting an apprentice adds firepower to a local authority's legal team. But when someone starts off they do require a lot of supervision. You have the dis-benefit of training them for the first few months. But our research suggests that after nine to 12 months they work much more independently."

He acknowledges that the difficulty for councils now is "finding the salary" for these trainees but he is confident that numbers will expand. He expects that more local authorities will follow the example of the leaders when they see the results. He says: "Some authorities are very far-sighted and quick to adapt the apprenticeship scheme into their workplace plans."

LLG has its own initiatives in the planning. Agreed in the first half of 2018 by discussions at board level, the development of a "new suite of tools" will be one of the main projects that LLG's new (and first) chief executive Deborah Evans will be working on, according to Binjal. "We will be looking at the gap in the market, particularly in the middle years, to see what we can do." Focusing especially on the 5 years+ qualified sector, LLG wants to build "succession and resilience". Binjal talks of a range of areas of focus - "to build mentoring, secondments and career breaks; to work with the private sector; to have more collaboration".

Binjal hopes that the proposals will be ready "by about March 2019". She explains the underlying theme: "I advocate training your own people. So we should continue to offer training contracts. But it's in the middle that there are gaps: people retire and haven't built a succession plan. It's a national issue. We are losing people to the private sector, central government, health and industry - although some do a zig zag, and then come back to local government. But we haven't built a sustainable business model and we need to do that. We need to communicate that to local government chief executives and other stakeholders."

A broadening of the mind for recruiters and finance teams will also have to be part of the new approach. It will include people working longer but rarely to 77 (or 89). Speaking personally, Binjal says: "Looking at different flexible models of working is vital. So, for example, I will still carry on working two-to-three days per week until I am about 70. But we have to think about how we use experienced members of an organisation." Coule, who has already clocked up 24 years, probably speaks for many when she says: "I personally have no plans to work until 77!"

Exchanges and closer collaboration with the private sector will play a part in LLG thinking. Law firm Browne Jacobson and NWL Legal Focus (the Legal Services Team at North West Leicestershire District Council) launched a partnership on education in 2016. This might stand as a model for the future - although, in this case, not a great deal of joint working is taking place now.

But Coule is keen that lawyers from private practice contribute their different perspectives within the public sector. At Sefton, Coule's six-strong senior legal management team was equally split between lawyers who had trained in the private and public sectors. She says: "It's important to have a balance of staff that can bring skills, knowledge and ways of working that are different to your own so that you have a more rounded and professional legal team." (Continues below)

And Cottam says she sees a regular flow of lawyers leaving mid-tier firms and the High Street for local government. It might not represent more than one in 20 candidates but it is a recognisable trend. Some are burnt out by stress, some "feel they are like machines" and others say "there isn't enough career progression". Local government salaries may be dwarfed by the £143,000 offered to newly-qualifieds by some firms in the City of London but the City burn-out cases "are no longer just wanting money", she adds.

But despite the current challenges, there are some fundamental attractions to working in local government which will still draw candidates. Helen McGrath, policy and communications manager at LLG, lists some of them - "very good equality, flexible working, excellent benefits and much greater sympathy to personal obligations".

On work/life balance - an area which used to be better in local government - she gives a qualified opinion: "Fifteen years ago local government lawyers could do 9 to 5. But in 2007 and afterwards there were major changes and cutbacks. And now it's not uncommon for local authority lawyers to be putting in a huge number of hours."

The pension is another reason that candidates consider local authorities. The Local Government Pension Scheme is listed as one of the top ten by Moneywise which gives the example of a 40-yer old town planner [who could be a lawyer instead] earning £40,000 and who "can look forward to an annual income of around £29,500 if they retire at age 65". By contrast, the average person retiring in 2018 will receive about a third less - £19,900 a year, according to the Prudential.

So if local authority employers could manage to become more flexible and efficient in their hiring and training strategies, they could find that they already have the tools to solve their recruitment challenges.

Neasa MacErlean is a freelance journalist