A High Court judge has refused an application by an unsuccessful bidder for an interim injunction over the London Borough of Haringey’s decision to award a £630,000 road-improvement contract near the new Spurs stadium to a rival contractor.

The contract covered works to Chesnut Road, Tottenham, London N17, a key route between Tottenham Hale tube and overground station, and the stadium.

The works were considered by Haringey to be necessary in order to provide critical public access to the stadium as well as helping to curb anti-social behaviour and to address current inadequate drainage in the area.

The parties were notified of the council’s decision to award the contract to MHL rather than Kenson by letters dated 27 March 2019.

In Kenson Contractors (Benington) Ltd v London Borough of Haringey [2019] EWHC 1230 Mr Justice Waksman noted that because of the value of the contract the procurement exercise was well below the threshold for the operation of the otherwise relevant parts of the Public Contracts Regulations 2015 ("the PCR") which is currently about €5.548m.

Kenson believed that there were errors in the council’s scoring for the award of the contact and that if these had been corrected it would have won narrowly.

Haringey in turn contended that the errors, even if properly so-called, were not significant. It was also speculative and unlikely to be correct that with a revised score Kenson might have won, the local authority suggested.

It also argued that there was no cross-border interest element here - this was not a case where the PCR applied and in those circumstances, EU general principles such as effectiveness had no role to play.

Mr Justice Waksman said there was considerable force in the council's response. “In particular I agree that there is no EU angle here at all,” he said. “I also think that at trial it is not likely that Kenson will be able to make out causation. Indeed, at the permission stage there may be a real argument about whether this is a case where s31(3C) of the SCA 1981 applies - see also CPR 54.8 (4) (a) (ia).”

On the application for interim relief, Mr Justice Waksman concluded that the threshold of there being a serious issue to be tried had been made out – “just”.

He said: “The fact that I so find at this stage does not dictate what may be decided at the permission stage where there may be fuller arguments and materials. The grant of permission is certainly not a foregone conclusion in my view.”

However, the claim on any view was “clearly a weak one”, Mr Justice Waksman said, adding that this was relevant to the balance of convenience.

The judge said it was weak because:

(1) The substantive claim was weak;

(2) There was a strong argument that the claim was not justiciable at all;

(3) There was an unjustifiable delay on the part of Kenson in bringing the claim. The delay was compounded by the way in which the relevant papers were provided to the council and MHL. “Delay affects the merits because it can be an impediment to the grant of permission (irrespective of merits) or the grant of final relief even if the claim otherwise succeeds.”

Mr Justice Waksman said he did not consider that there were such issues of disputed fact which meant that it was inappropriate for the Court to take a view on the merits for the purpose of balance of convenience.

Turning to the balance of convenience, the judge said this “plainly" favoured Haringey for the following reasons:

(1) Any trial of the claim was not likely to take place for at least 3-4 weeks and then a judgment needed to be produced. “That is likely to be an underestimate of the delay to the commencement of the works if the injunction is granted. It is true that there is presently a match planned for 4 August. While this means that there may already be some delay, or compression of the timetable for the works I do not accept that by itself it means that they cannot now be done in this closed season. But if there is a 4 week (or more) delay in starting them and indeed in doing any further preparatory works (which the injunction sought would prevent), the strong likelihood is that they will not be done in this closed season at all; this outcome cannot be avoided by delaying such landscaping as is permitted to be done at a later stage; the delay is too great and moreover is partly contributed to by when Kenson actually started this claim and sought interim relief”;

(2) MHL had already invested significant sums in preparatory works. Mr Justice Waksman said he did not consider that these were done deliberately to create "facts on the ground" so as to prevent the injunction. MHL had to get on with preparatory works in any event since it had been awarded the contract (albeit only it and not the council had signed it as at 9 May);

(3) Equally, since the council instructed that the contract be made available for signature by MHL on 17 April (albeit it was not collected until later) it could not be said that this was a step taken by the council deliberately to defeat any injunction application. “None had been made at that point and there had been no further response after the council's letter of 11 April”;

(4) It was “no answer to say that at worst the works will be delayed until next year". There was a genuine public interest in getting on with them now. "There is an important public and social dimension to them – affording much needed and critical public access to the new stadium, combating anti-social behaviour and addressing current inadequate drainage. These are existing problems, not simply ones which would arise if the works were attempted during part of the football season; and if a delay until next year is sought to be avoided by allowing the delayed contract works to run on this year into the 2019/2020 season there would be all the problems identified by Mr Phelps [head of the council’s Procurement Team]. It is not known at the moment if MHL would be able to undertake the works next year if they had to be delayed until then because of this injunction and yet the substantive claim failed”;

(5) A ‘tainting argument’ was to the effect that it might be that the sort of errors alleged in respect of this procurement exercise might well be repeated in a separate ongoing procurement exercise run by the council where, again, both Kenson and MHL were bidding. This was for a very much larger contract where the works were valued at about £108m. “However it is being run by a different procurement team at the council,” the judge said. “Nonetheless, Kenson says that unless the injunction is granted in respect of the instant exercise it might lose the bid on the other one because of similar (and unlawful) errors in the scoring and in that context, its losses would be very large and less easy to quantify. In my judgment, this is a hopeless contention. It is no part of an assessment of this injunction application, concerned with this procurement exercise, to second guess, in a speculative fashion, how a separate procurement exercise might be carried out even before it has finished. The two exercises are quite different, carried out by different teams from the council albeit that Kenson and MHL are both bidders there also; that is so even if some of the scoring themes used are the same as here. If Kenson loses in the next exercise and considers that the council acted unlawfully, it can then bring a claim in that context";

(6) The weakness of the claim;

(7) The status quo, for present purposes “is not that nothing has yet happened”. It was that the contract had been awarded, preparations had already started and there was a critical start date which was the Monday after the hearing ie 13 May. “It cannot therefore be said that an injunction to stop all of that is simply ‘holding the ring’”;

(8) For the sake of completeness, if damages were available, then one must consider also if they would be an adequate remedy for Kenson. “They clearly would be, because their lost profit is easily calculable and there is nothing in the 'Tainting Argument'. But as indicated above, I proceed on the footing that they are not.”

For these reasons, it was clear that the interim relief sought must be refused, Mr Justice Waksman concluded. 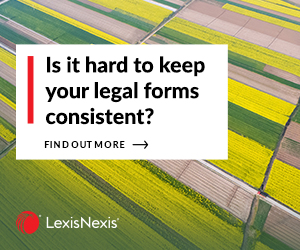